Welcome to the Monkey Beth Media Store
Mary will also be adding e-books as they are available. Topics will include publishing, working through fear and building a creative practice. 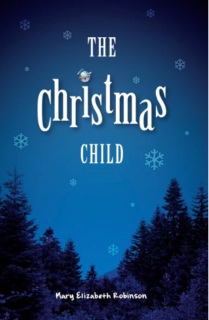 The Christmas Child
Ten-year-old Becca Shepherd doesn’t believe in Santa Claus any more and she certainly doesn’t believe she is special – at all! But everything Becca believes is flipped upside down when a madman called The Ice kidnaps Santa and she’s the only one who can save him.

Soon she learns of her destiny as The Christmas Child and is whisked off to the North Pole in an attempt to save Christmas. There she finds a polar bear city, snowflake post and an enchanted forest. She uncovers ancient magic and wonder, but also encounters terrible danger at every turn. Can Becca survive this thrilling adventure, save Santa and discover the truth about the magic of belief? Or will she be forever known as the girl who ruined Christmas.